The history of the yellow ribbon

The yellow ribbon as it is used today stems from the unlikely mix of the 1973 hit Tie a Yellow Ribbon Round the Ole Oak Tree by Dawn featuring Tony Orlando, and the 1979 US-Iranian hostage crisis.

"The song was actually about a prisoner," said folklorist Dr Jack Santino. "The theory was the yellow ribbon would signify welcome from someone who had just been released from jail."

But Penne Laingen, 82, wife of US hostage Bruce Laingen, 92, transformed its meaning.

"It was December 1979. There were some Iranian students in our street protesting and some of our college students began throwing dog food at them," Mrs Laingen said.

"A reporter asked me what I thought. I told her that it won't help our hostages, and that we should teach the Iranians that you can protest on the streets without being harmed."

Inspired by Tie a Yellow Ribbon Round the Ole Oak Tree, she suggested they tie a yellow ribbon to nearby trees.

From that interview, the ribbon slowly spread across the country. Penne Laingen was even asked to tie a yellow ribbon to the national Christmas tree.

As the tributes to Alan Henning shows, this practice has crossed the Atlantic. But both in the US and the UK, yellow ribbons have become a more general symbol of support for soldiers fighting abroad.

Victoria Evans, 46, launched the Yellow Ribbon Foundation in 2003, which was dedicated to helping military personnel and their families.

"[The yellow ribbon] was internationally renowned for troops that were away and for people that were away from home, either missing or taken hostage. For us it was a natural choice," said Mrs Evans.

"It boils down to that one element of people coming together and being part of one unit. You see someone wearing a yellow ribbon and you sense a connection."

However, here it is most strongly associated with missing people.

One of the earliest adopters was Fiona Cameron. Following a custody battle, her daughter Sasha was abducted by her father in 1999.

Speaking to BBC Frontline Scotland in 2000, Mrs Cameron said: "It was just really a symbol of her not being there, and that we were thinking of her.


In 2007, yellow ribbons became the defining symbol of support for Kate and Gerry McCann following the disappearance of their daughter Madeleine. The community of Hanwell have continued that tradition for Alice Gross, initially to inspire hope but now to provide solace.

Rosalind Hodgkiss wrote on the Find Alice Facebook page soon after her daughter went missing: "We have been really touched by the astonishing number of yellow ribbons for Alice. Thank you so much for all your support."

"They're a poignant and daily reminder of a much-loved missing person which touches us all, and offer a way to raise awareness in the wider community."

Around the world, the yellow ribbon has adapted further still. In the Philippines it is associated with former President Corazon Aquino, while in South Korea it became famous for those who died in the Sewol ferry sinking. Right now, you can find it on the streets of Hong Kong as democracy protesters submerge the city.

Hong Kong artist Kacey Wong has followed the art of the protest movement closely. He said the yellow ribbon emerged from student boycotts.

"The yellow ribbon in the West has always been a symbol of sorrow or empathy.

"So the citizens are choosing that because they empathise with the students' action to come out and fight for the needs of the ordinary citizen.

He said that social media had played a part in personalising the symbol. "If you Google it now there are so many icons. Everyone has started to play with it."


When BBC News told Penne Laingen about the protest movement, she was touched to find a simple tribute to her husband had spread so far and lasted so long.

"Isn't that wonderful. Really, it's just about showing that people care about you." 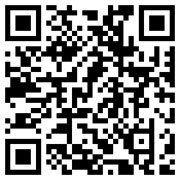